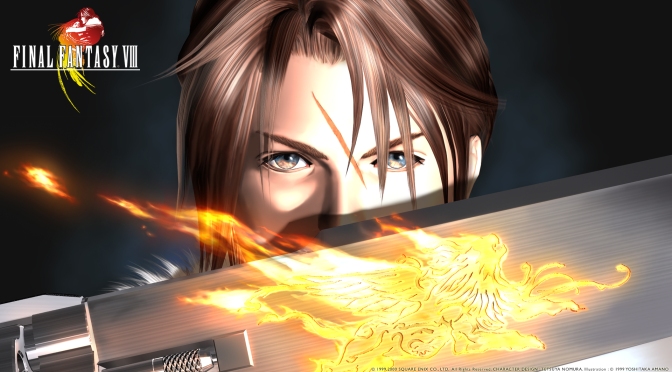 Square Enix has been in the toy-making game for the past few years, creating painstakingly detailed figures for their Play Arts Kai line. From Resident Evil 5 to Tomb Raider, they’ve pumped out merchandise for lots of video games — and now they’re focusing on one of their own. Check out the first official photos!

Originally spotted as a prototype at San Diego Comic Con 2016, this insanely intricate Squall “Leon” Leonheart collectible action figure is a fitting tribute to the character from Final Fantasy VIII and Kingdom Hearts. Based primarily on his appearance in Dissidia Final Fantasy, this 10” tall version of Squall boasts his signature gunblade weapon, three sets of interchangeable hands, and a transparent display stand. 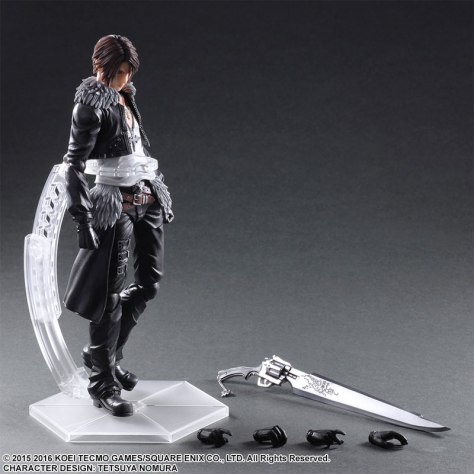 Those of you interested in this item will only have to wait until November, when it will release for 15,984 yen — about $158 USD. 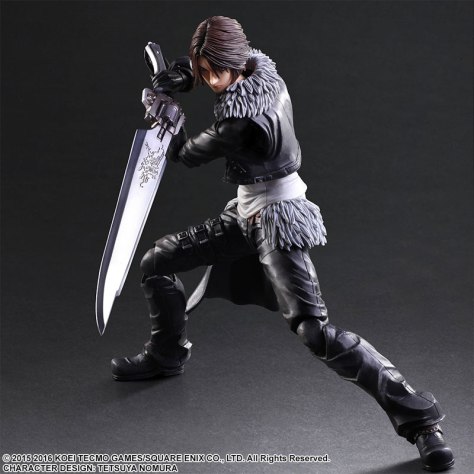 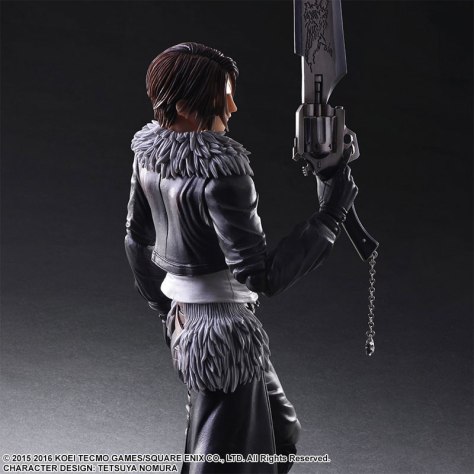 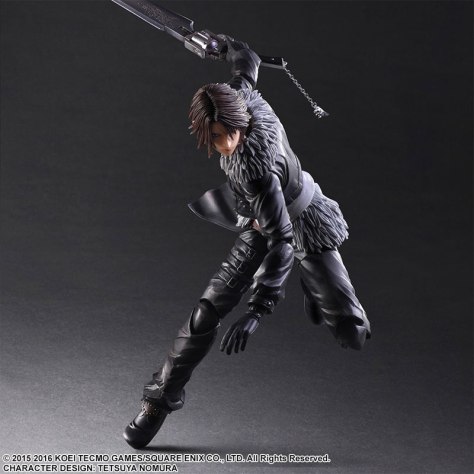 This thing leans heavily toward the pricey side of collecting, so I can’t say I’ll be picking one up for my shelf. Still, it’s a great-looking collectible and will probably make someone out there jump for joy… even if their wallet screams in agony.