It’s that time of the month again folks. The time where gamers collectively gather all over the internet to criticize what free games they get this month. So, who plundered the other’s fanboys for all their self-worth and gratification in life? Who was the victor in July? Let’s take a look.

Last month’s GWG lineup was pretty stodgy. But it’s September now and the annual late August Madden 17 release has happened — ushering in the end of summer. More importantly the “summer drought” is over as all gamers know ‘When Madden decorates the walls of thou’s Best Buy, the fall’s harvest is coming.” In celebration of the industry’s annual revival Microsoft decided to hold its punches, understanding gamers will be plenty busy already with September’s yield. 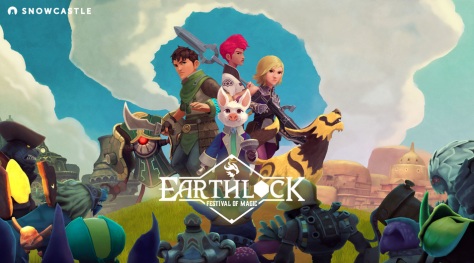 If you know me you know I love turn-based RPGs more than I love even my own birthday. Therefore I’ll be honest, Earthlock: Festival of Magic has to do very little to get me afluttered about its release on the 1st. Still, with such a recent release it’s hard to have a refined opinion. What I can say confidently is Earthlock is a classic JRPG that is going to make fans on Xbox One — granted there probably aren’t many of you — really, really happy. With a unique set of customizable characters, great turn-based combat, and a beautiful world to explore, I expect some Xbox One fans will be perpetually lost in the world of Umbra for the month of September.

Assassin’s Creed Chronicles: China takes its big brother series and transforms it into a 2.5D platformer, that puts more emphasis on stealth and style. Sounds neat. The problem? It’s not — it’s incredibly flat, mediocre, and all together half-baked. The basis, and the concept is great, but the execution lacks direction and yields an identity-troubled product. It’s like a cupcake without frosting. There’s really nothing wrong with it, but what you really want at the end of a day is a cupcake with frosting, aka a stealth platformer with some character and flavor. Assassin’s Creed Chronicles: China features some picturesque Chinese scenery. The rest? Middle-of-the-road “stuff.”

The Forza series, in my expert opinion, is the best series in the racing genre. That being said, with Forza Horizon 3 looming, it would have made sense for Microsoft to offer Forza Horizon 2. But no, instead Microsoft have offered up the first Forza Horizon game, on the 360, the same game as the second, just inferior in almost every measurable way.  Yes, at the time Forza Horizon was a great entry into the series. It simultaneously felt like a classic Forza game with realistic and precise driving mechanics, while also ushering in more what of makes racing games fun for all players: more light-hearted arcade mechanics, and an open world full of atmosphere that is truly a joy to explore at fiery speeds.  BUT, again, offering Forza Horizon 2 would have been a nice gesture, this one just feels obsolete.

Mirror’s Edge is a cult-hit if I’ve ever seen one. You either love it with a ceaseless, fervent passion, or you thought it was an interesting concept that shipped as a meh game. Last generation, Mirror’s Edge served up as many heart-pounding and awe-inspiring moments as any game. At the very least, it was refreshing and innovative. However, for all it did well, Mirror’s Edge did just as much poorly. The narrative was trite, the city was frustratingly restrictive in the face of its sleek design, and the gameplay while adrenalizing, got very repetitive and platitudinous after about an hour. On the surface, Mirror’s Edge looks awesome, but underneath its style are loads of problems and drawbacks that cloud what could have been a groundbreaking game.

Last month was PlayStation’s poorest offering so far for 2016. This month may be one of the best, one that even the greatest Xbox One trolls are struggling to revile. Unlike last month it puts the quality where quality matters, in the Playstation 4 offering. While great Playstation 3 offerings are nice, they are from paramount. As for the Vita, I’ll honestly take whatever I can get. For September Sony is offering up one of the best games you can play on PS4, and a sufficient enough AAA game to pacify the big ol’ baby that is the internet. Summer is over, and PlayStation Plus is back.

Lords of the Fallen 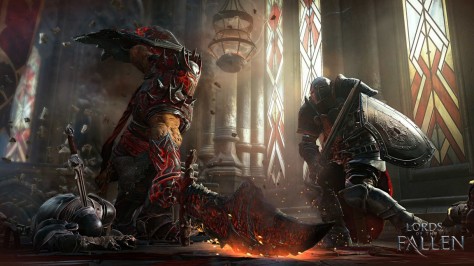 Is Lords of the Fallen a great game? No, but it’s not a bad one either. Developer Deck13 was always candid about the Dark Souls series being a major inspiration for its game. But rather than looking and playing like a Dark Souls game, Lords of Fallen comes up a bit short, and at best, feels in vain of its inspiration. Look at it this way: it’s essentially a bush-league version of Dark Souls that contains a codswallop story, and is riddled with technical issues. It is very easily skippable…normally. But for free Lords of the Fallen is definitely worth a pop. Its difficulty level is spot on, its combat is a B-Dark Souls, and its mood is downright engrossing.

When someone tells you video games can’t be art — throw a copy of Journey at his or her kneecap. Again, and again, until they yield.

Journey is the type of game that when you finish it, it takes a piece of your soul with it. Journey isn’t just a game, it’s an experience that will hit you hard in your core. Every element, every mechanic, every little thing comes together so effortlessly to form one of the most beautiful, and emotional two hours you will ever play with a dualshock in hands. If you want to shoot, run over, and blow things up — Journey isn’t for you. But if you want to play a game that shows the true power of video games as a medium of art, then download Journey and play it tonight. Just remember preparation is everything: so have a box of tissues.

Prince of Persia: The Forgotten Sands

Prince of Persia: The Forgotten Sands sought to bring the series back to its roots, and like every Prince of Persia game after The Sands of Time it was painfully mediocre. If there is one thing the game nails however, it’s the platforming. But great platforming in 2010 sadly doesn’t hold up as a great platforming in 2016. Sadly, six years also hasn’t done much to improve the simple, popcorn plot, the poor animations, the 7 year-old golden retriever programmed camera, or the dull and repetitive combat. 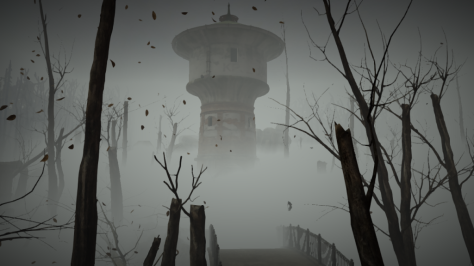 Life is short chums, so listen to me: put down those dusty PlayStation Move sticks…put ‘em down…don’t bother with this one. Don’t even think about it.

Badland is a game best played on mobile, which makes sense as it was originally designed to be played on a smartphone. On the Vita, it’s a decent atmospheric side scroller that can probably hold your attention at least for a few hours. Besides poor level-pacing, Badland is a very sound game. The environments are gorgeous, the sound design alluring, and the gameplay is simple but addictive. Each component comes together in a meaningful way to create a unique — as well as strange — experience. 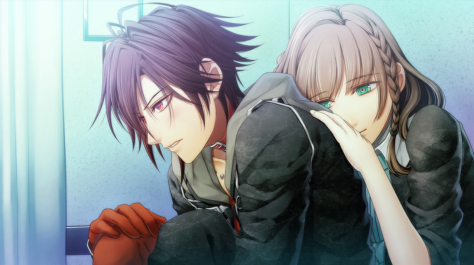 Do yourself a favor: look up “otome games” before you even bother giving this game a try. Because there is a very likely chance this game is not for you. But that’s you — me, I love these type of games

Amnesia: Memories is one of the best visual novel games on PlayStation Vita, which is no easy feat as there is a surprising number of them on the handheld. Further, it’s a great first foray into the genre. Boasting a distinct story, interesting characters to swoon over, and multiple endings, Amnesia: Memories offers up an unique experience for western gamers.

Those are the lineups. Now to the exciting part — choosing a victor.

According to the Critics:

This is determined by which line-up has the higher average Metacritic score. Here’s how each category is scored:

Current-Gen: For PlayStation this is calculated by adding the two Metacritic scores of the PS4 games and dividing by two. For Xbox the same thing is done but with the Xbox One games.

Whole lineup: Because PlayStation offers six games to Microsoft’s four, only two of the highest scoring four last-gen/portable are used when determining the whole lineup score, while the lower scoring two are tossed aside. Further, because current-gen (PS4 & Xbox One) games are the salient games in this clash – their scores are counted twice.

This has actually been the hardest choice I’ve had to make yet. On one hand we have one of the best games available on PlayStation 4, accompanied by a great game in one of my favorite genres (Amnesia: Memories) and a poor man’s Dark Souls (but still Dark Souls). On the other hand we have Earthlock, a game I’m loving so far, along with the superior last-gen offering. But they don’t pay me the millions for nothing, and at the end of the day I have to make the hard choices no one else is willing to do. And my choice comes down to one thing: if someone offered me Journey, or the all the other games featured on here. I would choose Journey every single time.