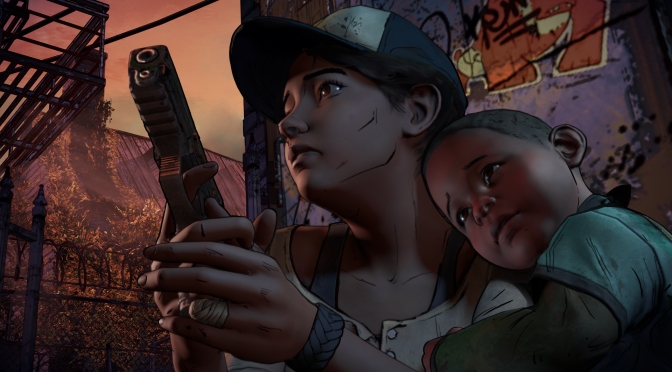 Were you worried you wouldn’t see Clementine this year? Telltale Games wouldn’t let that happen.

Today, during Telltale’s PAX panel, the developer revealed that the third season of the hit series, The Walking Dead: The Telltale Series – A New Frontier will be releasing on PlayStation 4, Xbox One, PC, Mac, and Mobile in November.

Kevin Bruner, Co-Founder and CEO of Telltale Games, had this to say about the game:

“This third new season will serve as both a continuation of what’s come before in our story, as well as an all-new beginning set nearly four years after the outbreak events of Season One.”

Bruner went on to talk about how players will play as an older Clementine and will also take control of a new character, Javier. “Years later, meeting [Clementine] for the first time, Javier will begin to unravel the mystery of who Clementine has become, as her story intersects with his.”

A season pass disc will also be made available for PS4 and Xbox One gamers, and will include the first episode of the third season, as well as the ability to download the subsequent five episodes as they become available.

Looks like I should probably finish Season Two ASAP…

Jordan Loeffler is Editor in Chief for MONG. His Season One save was stranded when his PS3 died. You can also follow him on IGN and on Twitter.