Like many of you, Middle of Nowhere Gaming is anticipating the debut of World of Final Fantasy (WoFF) with breath so heavy, it might be mistaken as a Chocobo in heat. Here are a few reasons why we’re ready to hop on board the train:

Remember that game Kingdom Hearts? No, it’s been so long since one came out (no, not this one, never this one) that we don’t either. But apparently it was about main characters who looked a lot like those we can expect in WoFF, and it was about a series of worlds in peril.

In WoFF, players take control of Reynn and Lann, who are tasked with saving a bunch of other worlds, much like the Disney worlds we’ve all grown to love. Expect big bads, corny minor plotlines, grossly dramatic plotlines, and stupid jokes that go on for way too long. Those were the best parts of Kingdom Hearts, right?

While adventuring across the world of Grymoire (the world that makes up all of the other worlds in WoFF. Likely… the world of Final Fantasy) Reynn and Lann won’t be able to battle all of the baddies on their own. They require the aid of pocket monsters called Mirages, to defeat their foes.

With over 200 of these creatures available to catch and train, it’s easy to see why Pokémon fans are ready to pick up a Final Fantasy game. And in case you were worried, you’ll get the chance to trade and battle these creatures with other players through the game’s multiplayer mode. 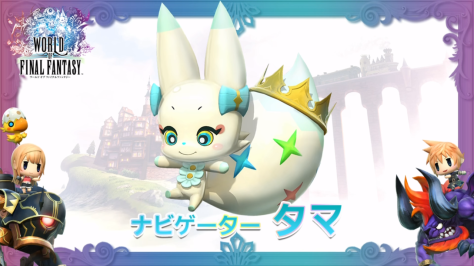 Yeah, I know this is the third reason that’s based on the game borrowing from another franchise, but it’s the last one.

Few Japanese franchises prey on our childhood sentiments like Digimon, so why wouldn’t Square Enix throw some of that in here? Tama, who leads the protagonists through the game, might look rather familiar to some digital monster fans of Terriermon (Digimon Tamers), and the game seems to have taken some pointers for its other character models as well. Nonetheless, these Mirages appear to have more of a companion-like element even if we’ll be hoarding them by the dozens. You’ll hear no complaints from me! 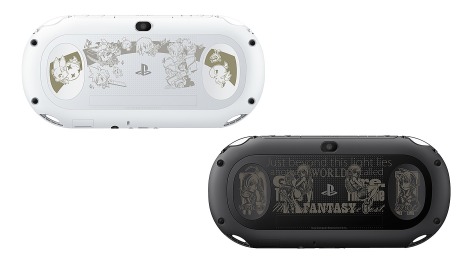 Do you own a PS Vita? Do you wish more games came out for it? Ok, let’s be honest, buying this game on Vita is not going to encourage developers to continue rowing for that sinking ship. However, it is a AAA game releasing for a platform that doesn’t see too much of it these days. WoFF is also releasing on PS4, so this isn’t a true Vita exclusive, but if you’d like to grab and train monsters on the bus, or just on a long road-trip, you should take advantage of that sweet cross-save feature.

Chibi is a Japanese term used for characters that are essentially made up of a giant head and a tiny torso. It’s adorable and you’re a monster if you don’t think so.

Throughout the game, various characters will appear in this form. It will even become a dynamic in battle as characters will be able to transform to and from their “Lilikin” and “Jiant” forms, allowing others to be stacked on top of them for various effects… and because it’s cute.

6. Not Too Much Grit… But a Little

The game’s director, Hiroki Chiba has said that this Final Fantasy title is not intended to be quite as dark as his last project, Final Fantasy Type-0.

“I actually had a direct order from [FF brand manager Shinji] Hashimoto in regards to how to approach this title. While my games are dark, I’m trying to make this more into a lighthearted, fun type of game. But at the same time, Final Fantasy games are known for their very heavy stories, so I’m trying to keep that in there to keep that Final Fantasy feel in the game.”

It’s going to be a light-hearted game by a guy who makes dark games. I’ll take a plate of that! 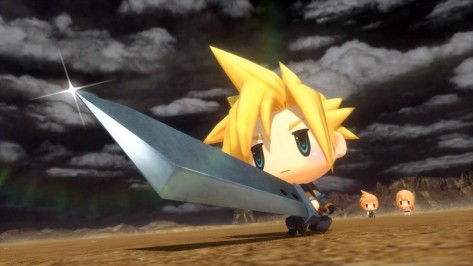 I know I said there would be no more franchises listed, but to be fair that was about WoFF borrowing from other franchises, not from its own.

Each world inside the world of Grymoire is made up of characters, stories, and events from previous Final Fantasy games. Board Faris’ pirate ship (Final Fantasy V), find Yuna as she walks the road to becoming a summoner (Final Fantasy X), and meet up with Cloud as he blows stuff up (Final Fantasy VII) but in a broody way.

With a 100 hour campaign to expect without any level of grinding, this is promising to be a true Final Fantasy game.

Active Time Battle (ATB) is a system that was utilized from Final Fantasy IV through Final Fantasy IX, in which players conducted combat through a combination of menus and real-time meters that measure when each combatant may attack. For many, ATB is a prime example of Final Fantasy returning to its roots, and it’s arguable that Final Fantasy’s roots are better than the fresh, leafy surface of this plant-based metaphor. What I’m trying to say is that Final Fantasy is a potato, and WoFF is a mashed potato that you can inject intravenously on October 25, 2016.

Jordan Loeffler is Editor in Chief for MONG. He firmly believes World of Final Fantasy will be the stronger Final Fantasy game to release this year. You can also follow him on IGN and on Twitter.