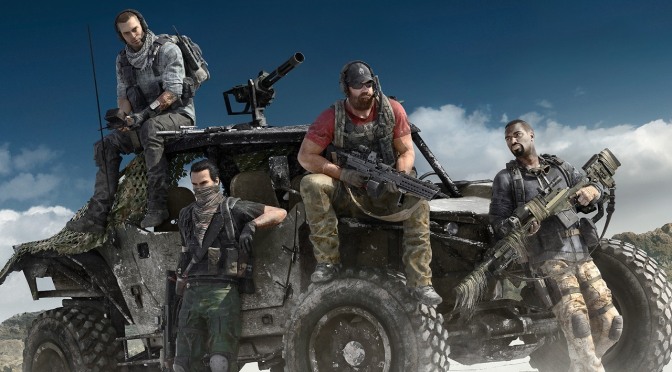 NPD has released the sales results for the top 10 selling games for March and a surprise debut has claimed the top spot. The full list can be seen below, with three trends standing out to me.

For the second month in a row a Ubisoft title has claimed the #1 spot. Ghost Recon: Wildlands beat out a slew of other big profile releases to emerge victorious. What makes it surprising for me is that Wildlands didn’t seem to have a ton of hype behind it. It certainly appeared that games like Mass Effect: Andromeda, The Legend of Zelda: Breath of the Wild and Horizon Zero Dawn dominated press coverage and fan anticipation.

The Ghost Recon series is more popular than I thought. Wildlands does have the benefit of being on multiple platforms and having digital sales included compared to to Breath of the Wild and Horizon Zero Dawn.

It is still a very impressive feat and another confirmation of the popularity of shooters in the console space. Wildlands taking the #1 spot in March, comes off the heels of For Honor taking the top spot last month and remaining in the top 10 for March. Certainly a good start for Ubisoft in 2017.

March wasn’t just a good month for Ubisoft, but for new games in general. Six of the top ten spots are occupied by new entrants on the charts. The top five spots are all filled by new games, including two GOTY contenders in Breath of the Wild and Horizon Zero Dawn.

It’s important to remember that neither title’s placement included digital sales, pointing to the games revenue being even more impressive if those numbers were provided by Nintendo or Sony.

I anticipate both games continuing to be big sellers throughout the year, Breath of the Wild in particular as many Nintendo games remain evergreen. Nintendo’s flagship Switch release saw a staggering attach rate for the system. With Mario Kart 8 Deluxe releasing next month, albeit very late in April, it wouldn’t surprise me to see two Switch titles in the top 10.

It’s also good to see NieR: Automata crack the top 10 at #9. The niche title from Platinum Games certainly generated rave reviews and much attention for its protagonist 2B; nice to see it resulted in positive sales.

It’s fitting that three of the older games (in terms of release date) on the list represent three of the most popular franchises in gaming. The staying power of GTA V remains mind-boggling, as you would assume everyone and their mother would own the game by now. The NBA 2K series has emerged as perhaps the premiere sports game and always has impressive legs on the sales chart.

With the NBA playoffs kicking off in April I expect NBA 2K17 sales to remain solid. Even with Battlefield 1 stealing some of Call of Duty: Infinite Warfare’s shine last year, it still remains a juggernaut in sales as evidenced by its spot at #10 months after release. It will be interesting to see if  Call of Duty returning to its  WWII roots this year, will pay dividends for its sales later this year.