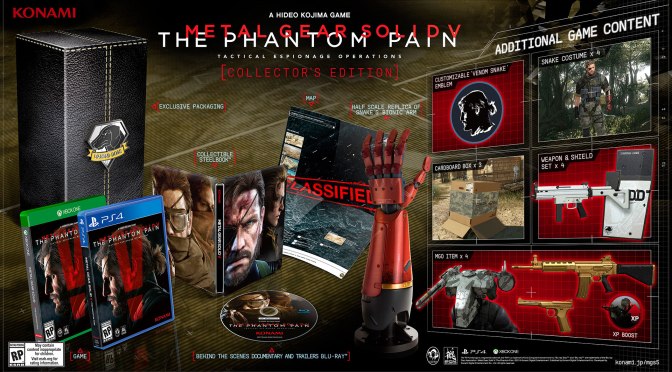 Metal Gear Solid V: The Phantom Pain will be coming out on PlayStation 4, PlayStation 3 Xbox One and Xbox 360 on September 1, 2015.

Furthermore, Konami announced that Metal Gear Solid V: The Phantom Pain will have a Day One Edition which will include physically:

Digitally it will contain:

Finally, Konami revealed that there will also be a Collector’s Edition (which can be seen above) that will include physically:

Digitally it will contain:

I don’t really care about Metal Gear or Metal Gear Solid as a whole. However, I think the Collector’s Edition and the Day One Edition look quite cool and I’m sure Metal Gear fans will appreciate them.