Well, boys and girls, that blessed time is upon us: holiday season, when the year’s biggest and most-anticipated video games finally hit us one-after-another until our wallets cry out for mercy. Many of us will excitedly buy these for ourselves, for a friend or possibly receive them as gifts in turn. No matter the method, one thing is certain: we’re all united in our excitement for a particular game.

I’m not a hater, though someone will likely claim otherwise. Let’s call these people “dimwits,” shall we? For the rest of you even-tempered, sensible folk… let me explain something:

My hype is gone, friends. Stolen in the night by forces unknown! Dramatic though that may sound, it IS a little distressing. I canceled my precious Fallout 4 Pip-Boy Edition pre-order, which is blasphemous on its own, but now I question whether any game will be purchased during the remainder of the year.

What possible reasons could there be for this sudden reversal? Well, there are so many to choose from, but let’s take a gander! 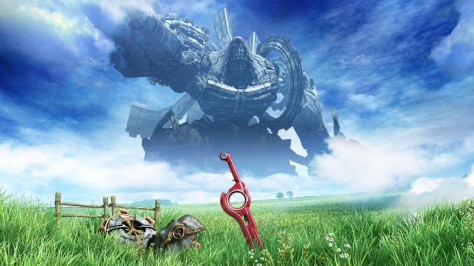 Any bargain hunter (or CheapAssGamer lurker) will tell you how quickly unplayed games can pile up. We all try to find gems to keep our attention focused elsewhere while we await this season, but for someone like me, that got out of hand quickly.

Nevermind the fact that I’ve recently come across some must-plays that somehow fell through the cracks, such as Xenoblade Chronicles and the long-running Fatal Frame series. I’ve never even started Fallout: New Vegas!

Even more recent titles like Batman: Arkham Knight and, though it pains me to say it, Metal Gear Solid V, remain unfinished as well.

“What are you, stupid? How could you let that happen?!” you shriek, engulfed in a blaze of nerdrage.

Well, perhaps the answer lies in… 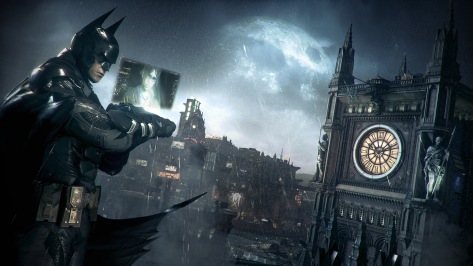 Never in my wildest dreams did I ever think this would be a complaint, but as days fall away like sands through an hourglass (these are the days of our lives…) one truth keeps returning to the forefront of my mind: games are getting too damn long!

What’s that, Rocksteady? I get to explore the entirety of Gotham City? Sweet! Wait… huh? W-what do you mean I have to complete every Riddler challenge to beat the game?!

Screw that noise. Look, I get it: open world games are “in” right now, but not everything needs to fit into that mold. I miss the days of exploring Arkham Asylum’s claustrophobic halls, or the interior of iconic locations like Shadow Moses and the Spencer Estate. These were large places, sure, but their size still matched the scope of the games they belonged to. They weren’t padded with unimportant chores or meandering subplots. 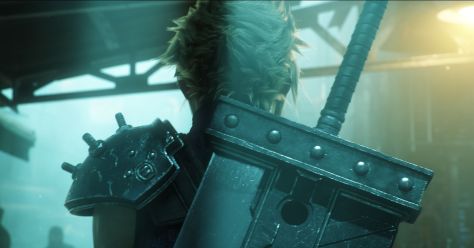 Remember when Final Fantasy Versus XIII was first announced? That trailer was sick, amiright? Oh, it’s being renamed Final Fantasy XV? Even better! Keep that Final Fantasy XIII stigma away from it altogether. Wait, there’s a DEMO?! Nice! At least that means it’s being focused on, right? RIGHT? You know what… just let me know when it hits the $20 bargain bin.

Harsh, but true. This could easily become a Tetsuya Nomura slam feature (FOCUS, you creative bastard!!) but when a game’s announcement jumps the gun by, oh I dunno, seven or eight years… that’s just not good for anyone. I’m lookin’ at you too, The Last Guardian.

Can’t wait to play the Final Fantasy VII remake in 2030, though!

The reasons for such early announcements are clear: any time a new iteration of a popular franchise is revealed, someone’s stock rises. It makes business sense, but only to a certain degree. Consumers aren’t too happy to be jerked around for a decade, after all.

“But wait,” you mumble, “what does that have to do with Fallout 4?”

Absolutely nothing! Who said this was about Fallout?

A part of me wants to buy into SW:Battlefront’s hype. Really! It’s not a huge time sink like Fallout, and doesn’t even have a story at all! It is simple drop-in/drop-out multiplayer goodness, perfect for the occasional session. Why aren’t I buying it, then?

My buddies are dicks. They talk up every multiplayer release like it will have the staying power of Halo 2, but you know what? They stick with everything for a maximum of one week. Titanfall, Plants vs Zombies: Garden Warfare, Mario Kart 8, Halo: The Master Chief Collection, Gears of War: Ultimate Edition, countless Call of Duty’s and Battlefield’s… see my point yet? All of them were good games and fun in their own way, but my circle of boneheads can’t stick with something for any meaningful amount of time.

For an anti-social online gamer like me, that’s entirely maddening, and I’ve just been burned too many times. Fool me once, shame on you. Fool me twenty times…  SERIOUSLY **** YOU GUYS. Do I look like I’m made of money?

Occasionally something more conflicting may arise to stave off your hype: a decision you can’t support, or a business practice you hate. For some of you, that’s day-one Downloadable Content (DLC) or Season Passes, and for others it may be microtransactions. Something that doesn’t inherently break the game but kills your enjoyment all the same.

I’m not that guy. I couldn’t care less about what DLC is offered separately, unless a large portion of the game was clearly held back. Odd additions like “card packs” or “requisition drops” also won’t deter me from buying a game, so long as these items are unlockable without paying real dough.

Plenty of people are opposed to those business practices though, and we should respect that. Some of these practices can (and likely will) get out of hand at some point, and suddenly these concerns won’t seem so silly. Shoddy Quality Assurance (QA) is certainly becoming more prevalent…

Now since I know you clicked on this article because of the Fallout 4 header image, let’s talk about it for a bit. Gamers probably recall the performance problems prevalent in both Fallout 3 and Elder Scrolls V: Skyrim. Both of Bethesda’s most recent titles featured an impressive breadth of content, certainly more than $60 worth if we compare games to other forms of entertainment.

With their newest game just released on more powerful consoles, one would think some of those bugs may have been worked out… and yet they persist. A few gamers are reportedly experiencing game-breaking framerate slowdowns and progress-halting bugs, like getting stuck inside an immovable elevator.

My questions are as follows:

Perhaps it isn’t fair to single out Bethesda here. A disturbing trend has arisen during this latest console generation, with incomplete games knowingly released in a broken state. Stubborn publishers seem to be the leading cause of this, pressuring overworked developers to hit a supposedly immovable date. Times like this result in horrid launches like Halo: The Master Chief Collection and Tony Hawk Pro Skater 5, whereas Sony gave Naughty Dog the time they needed to perfect The Last of Us.

It’s difficult to be excited about a new game when so many have been reliant on post-release fixes. It seems more prudent to wait it out and hear some impressions before throwing down $60 on a new release.

Maybe I’m not alone in this sudden lull in hype, and if I am, that’s okay too. Something like Fallout 4 or Rise of the Tomb Raider would easily rip me away from the underappreciated games I’m currently playing. It’s just more relaxing this way, because let’s face it: hype is exhausting and possibly lethal to a jittery insomniac such as myself.

Whatever your personal opinion on this subject may be, one thing is clear: hype is a sometimes thrilling, mostly nonsensical and entirely ephemeral oddity of the human mind. Great for companies with bottom lines, but potentially dangerous for consumers. Wouldn’t we all be better off without it?

Chris Cobb is an Associate Writer at MONG and the alternate personality of an intelligent snapping turtle. He lives with his three brothers and their adoptive rat father, and can also be found on Twitter.