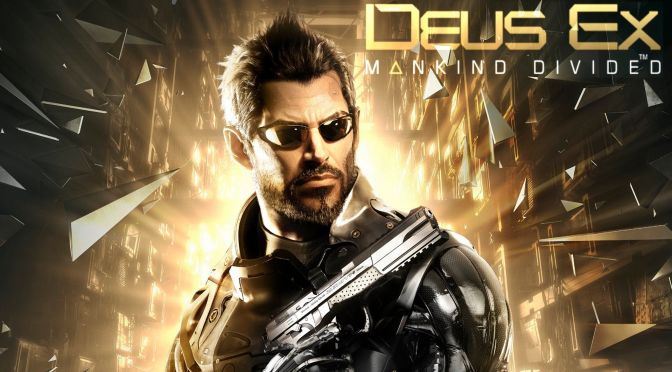 The latest trailer for Deus Ex: Mankind Divided sets the stage for what to expect from a story and gameplay perspective.

Protagonist Adam Jensen inhabits a world where society has turned on his kind, augmented individuals.  The same augmentations that make Adam Jensen an outcast and object of hatred, in turn aid in his covert operative work to uncover a shadowy conspiracy.

For each mission, an objective can be tackled in a number of ways.  Adam Jensen’s advanced weaponry affords the player the option to go in guns blazing or take a more diplomatic, stealth approach.  Each tactic has an effect on how the story unfolds and how characters respond to you in the game.

Watch the trailer below and look for Deus Ex: Mankind Divided when it launches August 23rd for the PlayStation 4, Xbox One, and PC.

I like the different ways you can approach missions to accomplish objectives.  Personally I like having a stealth option, but usually find myself with an itchy trigger finger.  August seems like a good time of year to release the game as well.