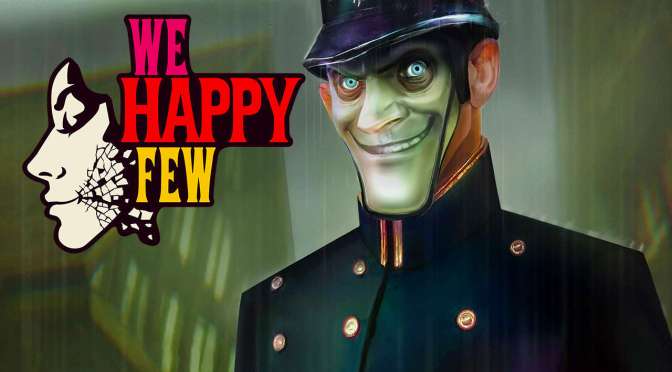 E3 was once again an overdose of intoxicating games: Horizon: Zero Dawn, Final Fantasy XV, Gears of War 4, Dishonored 2, South Park: The Fractured But Whole, Prey, The Last Guardian, and many more provided a gush of excitement and a pre-ordering frenzy. Among these games was Compulsion Games’ roguelike first-person survival thriller We Happy Few — this year’s E3 sleeper hit.

When We Happy Few first appeared on Kickstarter last year, I immediately knew Compulsion Games had a potential hit on its hands. A perturbing dystopian futuristic-fashioned setting that feels like the amalgamation of Bioshock and Brave New World, We Happy Few is the perfect kind of unsettling. 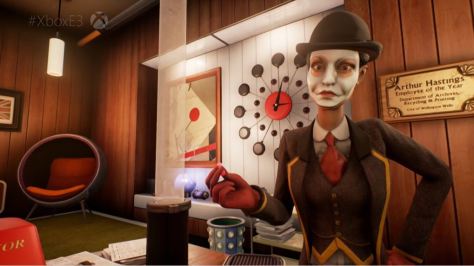 The game is set in the fictional town of Wellington Wells in 1964 England. In this alternate world, Germany invaded England during World War 2, and to defeat them the citizens of Wellington Wells did a “very bad thing,”which was so distressing to the survivors that they turned to taking a drug called “Joy” that suppresses unhappy memories and morphs reality. People who abstain from taking Joy are labeled “Downers”, and are hunted down and forced to take Joy to “fit back into society.”

The task of the game is to free yourself from a lifetime of cheerful delusion by escaping Wellington Wells. In order to do this you will have to blend in with your fellow Joy-fueled Wellies, hunt for supplies, craft weapons and escape devices, and sometimes fight and run for your life. Your success will rely on your ability to figure out what the Wellies approve and disapprove of, what makes them suspicious, what turns them into a deranged homicidal mob, who can help you and who you should avoid at all costs. 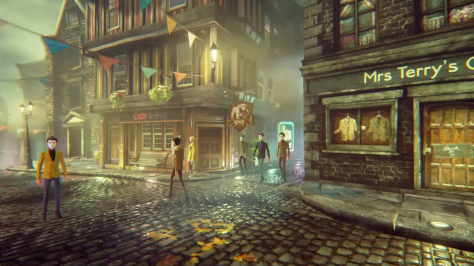 Because the game is a roguelike, you’re going to die often, especially when you first are starting out. Each time you die, the game starts over in a new procedurally generated and equally discomforting Wellington Wells. The world will be different with each playthrough. Therefore, only through a thorough understanding of the game’s systems will you be able to triumph and escape with your life.

In We Happy Few, your minute-to-minute need is to conform and avoid suspicion. It’s not a stealth game, lurking around from shadow to shadow or breaking into houses will not work, it will only alert the Wellians around you who will in turn perceive you as a naughty downer in need of some Joy shoved down your throat. Likewise, We Happy Few is not a combat game. You’re not some downer superhero, you’re just a normal person. As you play the game you can resort to combatting the authorities, or taking Joy to blend in momentarily, but every choice will come with a disadvantage, and with only one life you will have to employ some level of prudence when weighing your options. 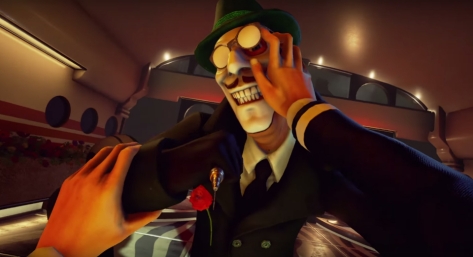 When We Happy Few was first announced it was lauded for its uncanny and unique atmosphere, and its Bioshock-esq feel. Not bad company to have. However, there was also a  significant deal of hesitancy and suspicion given the studio’s last and only game Contrast (which scored in the low 60s on Metacritic) was received rather poorly and while the game boasted a promising setting and concept, there were numerous question marks on how the game would play and whether it would be fun. These worries were slowly put to bed as more alpha gameplay cascaded out, but it wasn’t enough to put We Happy Few on the map, somewhere where many (including myself) thought it should be. That all changed with this E3.

For Microsoft to give We Happy Few substantial space in its presser — despite it being a smaller budget independent game — means that not only is the game quality, but they believe in it enough to give it invaluable stage time. Microsoft could have chosen numerous other games to showcase as part of its ID@Xbox program, such as the highly anticipated Below or Inside, but they chose Compulsion’s trippy and unsettling first person survival game. And that means something.  If that wasn’t enough to quash your apprehensions about the game, all you have to do is watch the demo to see not only that the game is far more polished and realized than when it was first presented, but somehow also has managed to up the unnerving level of eeriness. 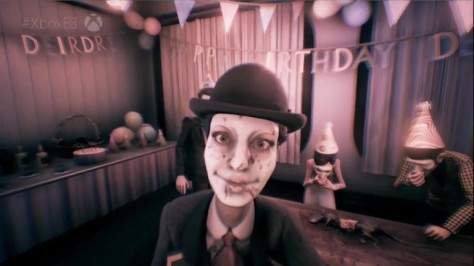 Still don’t believe me that E3 2016 was We Happy Few’s coming-out party? Well the numbers don’t lie. According to tracking company ListenFirst, We Happy Few won the most attention this year.  Like Facebook, ListenFirst has been tracking which brands, studios, and games are generating the most hype at the expo. It is doing so by tracking the number of new Wikipedia page views. It’s simple: the more organic searches, the more popularity. 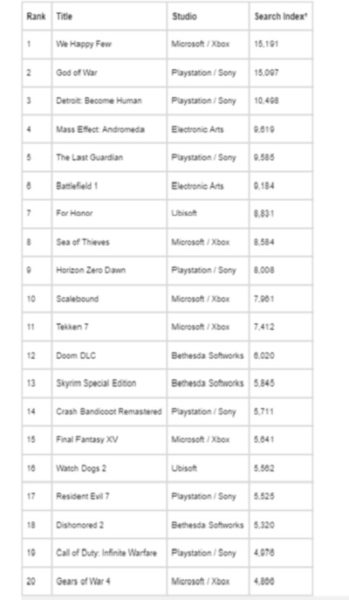 While it’s true a substantial amount of the increase in searches can be chalked up to the game’s previous obscurity, it doesn’t totally negate the fact that We Happy Few garnered considerable interest (after all, other newly announced games like Quake: Champions and Steep didn’t see the same level of success). We Happy Few might not have been the biggest hit of the show, but it surely has cemented a place on everyone’s radar, earning it the title of E3 2016 Sleeper Hit.