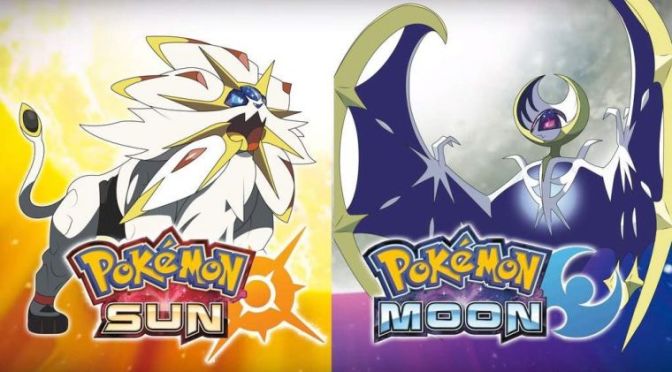 Pokémon Sun and Moon are Nintendo’s flagship titles for the upcoming holiday season, and look to introduce many new features and improvements to the beloved franchise. To give fans a taste of what they can expect in the game, Nintendo and Pokémon Company have released a short demo that serves as a brief introduction to the Alola region. The demo is available now for aspiring trainers and gives an interesting, if shallow, sample of the anticipated titles.

The demo begins with your player character, a boy named Sun, receiving a letter detailing his move from Kanto to Alola as well as providing context to his possession of the special Ash-Greninja that is featured in the Pokémon anime and in pre-release marketing. After speaking to his mom and heading to City Hall, Sun meets Hau, the character in the friend/rival role, and he asks to show Sun around Hau’oli City.

After heading outside, the two are met by members of the region’s villainous team, Team Skull. After a short battle, the two thugs run away and you head to the Pokémon Center. While you can only heal your Pokémon after your battle, the increasing versatility of the classic stops is showcased. The PC storage system is still present, as is the mart, but the new feature is the cafe in the left corner. While the shopkeeper and barista both say they will be closed for another month (when the game comes out) the demo gives players an idea of the usefulness and versatility they can expect from the Pokémon Centers scattered throughout Alola.

After talking with Professor Kukui, Alola’s resident Pokémon prof, you head out of town toward an Island Challenge, the region’s specific take on gyms. This is where players can finally battle some of the region’s new Pokémon and test some of the battle improvements. The interface is perfect for the bottom touch screen, and while it is a small addition, seeing your trainer standing behind and shouting orders at your Pokémon is a welcome sight. The animations are gorgeous and crisp, and I did not experience the slowdown present in X and Y during my short experience.

The improvements that have me most excited are the new stat tracker and the type-effectiveness tags. The former allows players to keep tabs on in-battle stat alterations, such as if a Pokémon’s speed is raised, for both friendly and opposing combatants. These are easy to lose track of if they stack or if you leave a battle and come back, so it is great to see Game Freak address the issue. The effectiveness tags are small footnotes under damage-dealing moves that unlock after you have defeated a Pokémon in battle. The tags reveal the potency of particular type moves against the enemy Pokémon. As the list of available monsters increases, and with it unique type pairings, it is helpful to be able to not have to commit these combinations to memory. Both of these improvements, while small, allow the games to be more accessible to new players while giving veterans a little less to worry about. They also serve to make the game feel more cohesive, as it finally feels like you are learning information, adding it to your Pokédex, and then using it to help in tricky situations. This cohesion is apparent in the demo and looks to be an important detail in the full games.

After a trainer battle and some encounters with the region’s cute new creatures, Sun enters the cave at the end of the route to find the Professor and an Island Trial waiting for him. Players are tasked with taking pictures of new Pokémon Jangmo-o and its evolution, Hakamo-o, Pokémon Snap style. There are four photo-ops in total, and after each the subject of photography attacks, leading to a showdown with a Totem Pokémon that will cap each trial. These Pokémon are larger than normal and have a beneficial stat increase. While the trial is incredibly easy, it is nice to experience a shake-up to the familiar formula that fits perfectly into the culture of Alola. I am excited to discover the various challenges awaiting me in the full game.

Once the challenge is complete, the Team Skull grunts catch up with Sun. Their leader, Plumeria, challenges the player to a battle. Luckily, Professor Kukui gives you a Z-Ring and Z-stone, unlocking his Pikachu’s powerful Z-move. These special moves are incredibly powerful and exclusive to a particular Pokémon. This new mechanic is similar to mega-evolutions in that it can be used once per battle and is unlocked by having your partner hold a special item. This adds another welcome wrinkle to the classic formula that will have large implications for in-game and competitive battles. In this case, Pikachu helps defeat the Skull Admin without any trouble.

There are a few more surprises to discover once players have beaten the Trial and rebooted the game. Professor Kukui provides players with a Ride Pager that allows them to summon a Tauros that they can ride, an expansion on the Gogoat transportation in Lumiose City in Pokémon X and Y. While riding Tauros, holding B urges him into a fast charge that can break through rocks, unlocking a few hidden areas. One spot houses the Pokémon Catching Challenge where some of the new monsters can be caught to earn a rare item. The other is a mountain path with a mysterious old man at the top. Seriously, his name is Mysterious Old Man.

The demo has a few hidden secrets for persistent players. Multiple NPC’s mention events happening in a set number of days, so it can be assumed that talking to them on that specific day will trigger an event. Items and the special Ash-Greninja can also be transferred to the full game, giving players an added boost next month.

The Pokémon Sun and Moon Demo, while easy and basic, has me more excited than ever for the full releases on November 18 for 3DS. The Alola region has the potential to be the most cohesive yet of any Pokémon playspace, with everything from gyms to the Pokémon players catch having a distinct cultural flavor. Tweaks to the battle system and small visual details are apparent even in this short sample size. If you are a longtime Pokémon fan or Pokémon Go brought you back into the fold, Sun and Moon should have your attention this fall. If you are interested in the massive leak that accompanied the demo, check out the details here.

Pokémon Sun and Moon will release on Nintendo 3DS on November 18.

Brett Williams is an Associate Editor for MONG who is 75% through his Living Pokedex. If you have a Gorebyss or a Blissey that you are willing to trade, he is willing to heed your demands. If you would like to listen to his nonexistent ramblings, follow him on Twitter.

Excited for #PokemonSunMoon? Check out our impressions of the brand new demo available now!