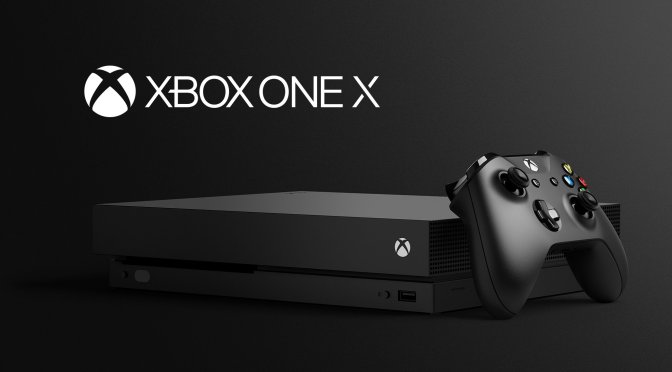 The biggest part of Microsoft’s  E3 conference was its new hardware, Project Scorpio, being revealed as Xbox One X and will launch this November 7th, 2017 for $499.

In what Microsoft touts as “The most powerful console ever”, Xbox One X looks to check all the boxes for what gamers what in performance. Here is some of what will make this hardware “the most powerful”:

In addition to all of this, it was announced that all of your Xbox One accessories and games will work on the Xbox One X from the start. All Xbox One games will also receive enhanced visual fidelity, isotropic filtering and faster load times.

All 4K TV owners will also be pleased to find out that all Xbox One X games will be fully rendered in 4K. For those of you without a 4K TV, the Xbox One X uses a process called, Supersampling, that will improve your 1080p output.

The Xbox One X has also gained the title of the smallest console ever.

There was a lot of what was said that I didn’t fully understand, I’m looking at you 384 bit wide memory bus. Even with the hardcore tech jargon, the Xbox One X sounds impressive. Even with the claim of having the best 4K console around, I like how it still makes improvements for us gamers who don’t have full 4K setups. The $499 price tag is steep, especially with the games lineup (all games can be played on regular Xbox One or other platforms) and lack of exciting exclusives only for the One X. If I ever can afford a 4K TV, I will likely go with the PS4 Pro which is not far off from the One X and is currently $100 cheaper.