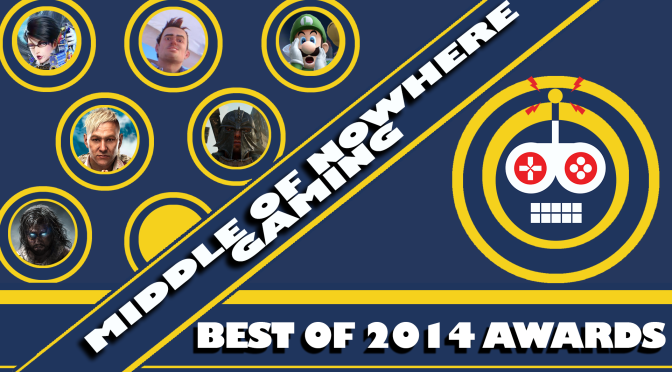 2014 was certainly a wild year for gaming.

The PlayStation 4 and Xbox One both set record sales for a console’s first year on the market, reassuring gamers and “analysts” everywhere that console gaming is here to stay.  Microsoft decided to release a Kinect-less Xbox One bundle after saying it would never happen.  The PlayStation 4 failed to release any major blockbuster first party games during the holiday season, while the Xbox One released a hit new IP in Sunset Overdrive.

We saw the rise and fall of mobile games like Flappy Bird.  Games like Titanfall, Watch Dogs, and Destiny were all finally released only to be ripped apart by gamers with too much hype.  While less hyped games like Wolfenstein: The New Order, Valiant Hearts: The Great War, and The Evil Within managed to blow everyone away.  We were flooded with “HD remakes” of games – some that we have wanted for a long time, and some that were just released a year ago on last generation consoles.

All of that combined to make this years Best of 2014 Awards a really fun one.

Did you miss the awards that were announced earlier this week?

And here are all of Part Three’s winners! END_OF_DOCUMENT_TOKEN_TO_BE_REPLACED