This weekend, check out all the amazing battles during the Pokemon Europe International Championships! END_OF_DOCUMENT_TOKEN_TO_BE_REPLACED 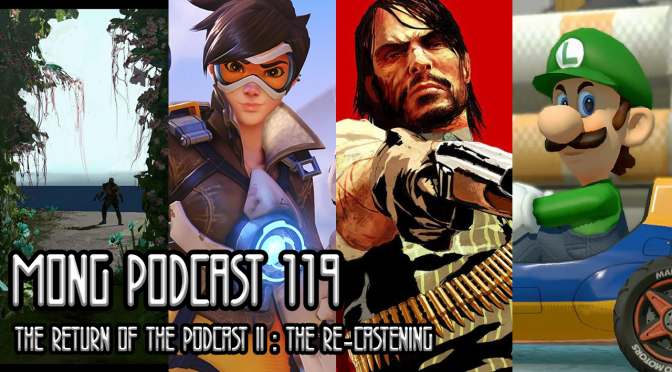 After two… three… some odd amount of weeks the crew has returned! Myles, Adam, Jordan and Jordan’s cat are all back and in full effect! Welcome back to the MONG Podcast ya’ll! They come back strong with a good episode (just like they all are) and they cover some fun topics about the news from this week… and some news from a last week thanks to Myles! Red Dead Redemption, Zombie Evolution and more! END_OF_DOCUMENT_TOKEN_TO_BE_REPLACED

With the recent announcements of Pokémon Sun and Moon, my sights have been firmly set on rekindling my love for the Pokémon franchise with the Wii U (and arcade) exclusive Pokkén Tournament. Although my review of the game will be coming out soon, I will say that one of the negatives I have about that game is that the roster of characters is fairly low. I mean, with 721 pocket monsters in the universe, a roster of technically 14 is just pitiful. Thus, if and when there comes a time for Pokkén DLC, I have proposed a list of my top 15 choices for combatants to take up the charge.

Starting off the list, we have the final evolution of one of the biggest jokes of the Pokémon X and Y generation: Honedge aka the sword Pokémon. My thought process is that if a lamp can make it, why not a sword? In all honesty, the different forms of Aegislash would make it perfect for a fighting game, especially if the pokemon could change styles organically throughout the game, making it also change stats as well. With the different play styles that come from Aegislash, this would be a great combatant to be handled by masters. 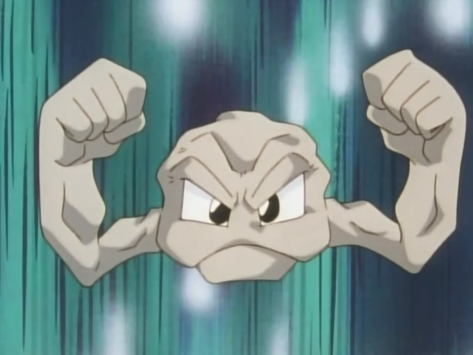 I have several of the early generation Pokémon on this list, mostly because of the fact that people know them so well. While Graveler or Golem would also make great fighters in their own right, I feel like Geodude is an odd but nice pick. A small but floating rock with a small attack power would make up for it in magnificent rock moves like Rock Tomb or Earthquake and a small physique, making it a much smaller target. Plus, Graveler would act too much like Machamp, and Golem would be much too boring. Geodude just makes so much sense here.

I put these two together because they belong together. As the first games’ interpretation of Bruce Lee and Jackie Chan, the two varying fighting styles would be great to pit against one another or against other pokemon. While putting fighting types in a fighting game would be a no-brainer, and Machamp also is a fighting type Pokémon from early on, these two just feel right at home here. Plus, it allows us to finally see who would win in a down and dirty fight between fists and legs, although we all know that Hitmonlee is the superior fighter.

I just have two words: Ninja Chestnut. Nothing else should really be said, but I feel as though Nuzleaf could be right at home here, with razor leaves and ninja skills. While it’s evolution, Shiftry, would also be considered, Nuzleaf just feels more in line with the ninja look and feel. Plus, because it can use Bide from its earlier evolution, it would be perfect for those who look for counterattacking and using an opponent’s moves against them.

If one type gets shafted more than anything in the Pokémon universe, it’s the bug type. It’s the first type you encounter, besides normal types, and the bug catchers are jokes amog the gaming circle, along with the kid with comfy shorts. However, Beedrill is a badass bug. A character that would be fast and fragile, it would dole out damage with its drilling arms and poison to damage its opponents little by little. It could also summon a horde of Beedrill for its Synergy attack to reduce the competition to Nicolas Cage from Wicker Man.

Deoxys was always a very interesting Pokémon to me. Its multiple forms, shapeshifting powers and mysterious origin and capturing capabilities always seemed like one of the most powerful in all the games. Its sheer presence fascinated me. That’s the main reason I wanted to include it, but given the power Deoxys wields within the games, it could rival Mewtwo for power and would possibly be overpowered within the game, but I could see the moveset being complicated, leaving only the true masters to unlock the massive array of moves Deoxys possesses.

One of the most recognized Pokémon in the universe, as well as one of the most powerful, is naturally the evolution of the most frustrating Pokémon to catch. Alakazam has the potential for some physical attacks, and while I would love to say that I spooned someone to death, I picture it as more of a mind-over-matter type, preferring to use psychic moves like Psybeam to attack. He may not even touch the ground but instead be hovering in the air, using its intelligence and knowledge of the mystic arts to achieve victory. It could also use the Abra way of fighting enemies by teleporting all over the place like Nightcrawler. 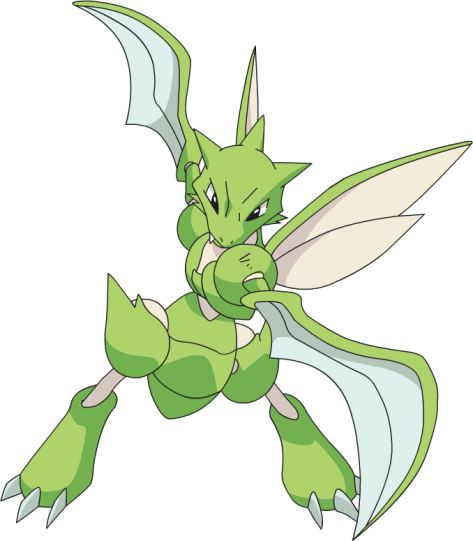 Of all of the potential fighters that were left off, this one is one of the most baffling. With the look like it could kill you with one slice of its sickle claw, Scyther could play much like Beedrill, only with a ton more attack power at the cost of some speed. Also, Scyther would be visually stunning to fight with, with steel and bug types to its advantage. While it may seem like bug overload, Scyther is on my top list for DLC because of a couple of underrepresented types, and it just seems right to include. 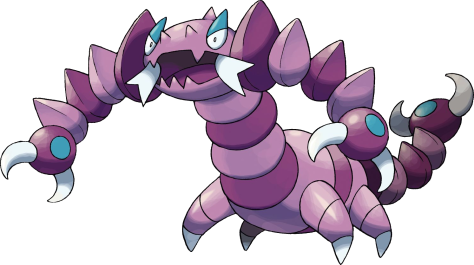 Drapion not only looks like an awesome scorpion, but the main reason I want him here is because I feel as though he gives the mostly bipedal group a bit of diversity. With devastating claws and a powerful and deadly Dark/Poison dual type, even the Pokédex gives a reason for its entry with the strength to tear up automobiles. That is one badass Pokémon, and one that I would love to see in the ring alongside other heavy-hitters. 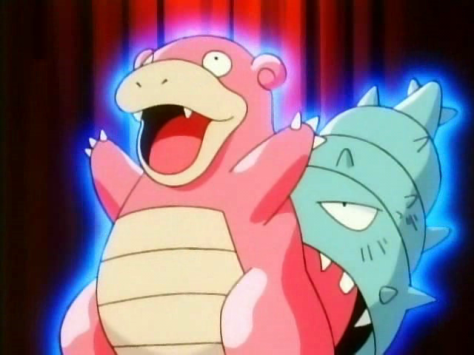 I have to admit: this one is also here for some novelty purposes, but this Pokémon does have some potential inside the ring. Even with slow attacks and seemingly dim-witted style, it would make for a pleasure to look at while dealing some massive damage with the tail shell. Also, if Slowking was chosen over its less evolved counterpart, then we could have a real test of brains over brawn, with a limited mobility instead being combated by carefully chosen moves. Again, a fighter that would take a while to master, but a powerful one in the hands of a true Pokémon master.

Metagross is almost literally a tank of a Pokémon, with a devastating Steel type with a secondary Psychic type to back it up with. In the hands of someone who likes the slow and powerful types, this would be the best one on the field, hands down. Plus, with a good selection of psychic attacks to back it up, the arena would be your playground. Also, with an extreme boost to its speed for its Synergy burst, Metagross would be a perfect contender for those who are hungry for power but also patient enough to learn how to dominate.

I was debating which fully evolved starters to put on the list when Venusaur popped in mind because it has great molility, the ability to utilizing the sun for many attacks such as a devastating solar beam and the control of vines for moves like Vine Whip or the like. This not only allows for more control of the play area, but it would help for foes that like to dominate the air as well as the ground like Charizard or the lamp Pokémon (I know it’s name is Chandlure, but really? It’s a lamp Pokémon). Having a skill like that in a game like this would is key when knowing what you are dealing with. Sure, smaller enemies would give it a harder time, but a nice Solarbeam should take care of them. 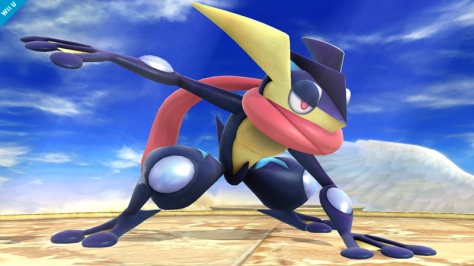 There are two main reasons why I included this Pokémon on the list. First of all, it’s a ninja frog. I repeat, a ninja frog. Not many more things sound better than that in the world of Pokémon. Also, aside from Jigglypuff, it’s a character that’s already in a fighting game, the latest Super Smash Bros.! With a more physical moveset and quick movement, coverage of the arena would be a certainty. Also, with the combatant taking cues from SSB for the moveset, Greninja would be excellent for those that are just starting out, recognizing some of the moves from the more recognized fighting game and translating it over nicely. All we need now is the Smash Announcer to come in with his soft soothing voice as he says: “Greninja.”

Those are my choices for DLC characters for Pokkén Tournament. With hundreds of Pokémon that exists in the fictional realms, there are obviously some that I have left off, so let me know what Pokemon you would like to see in this fighting game. You can also check out another list by fellow editor Harry Loizides about potential Pokkén characters, which you can read here. Also be sure to be on the lookout for my review of Pokkén Tournament coming soon to a Middle of Nowhere Gaming site near you. 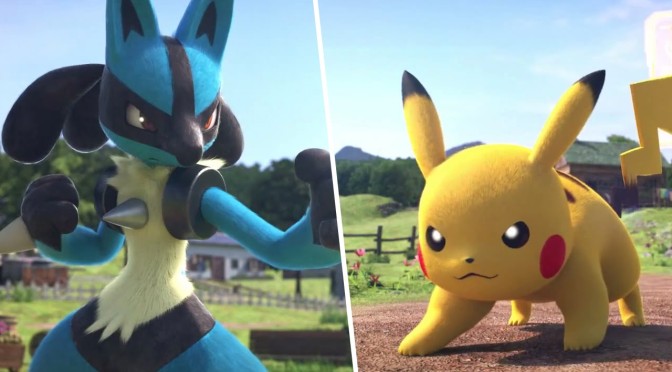 Good news for anyone outside of Japan itching to battle some Pokémon; Pokken Tournament now has a release date. END_OF_DOCUMENT_TOKEN_TO_BE_REPLACED 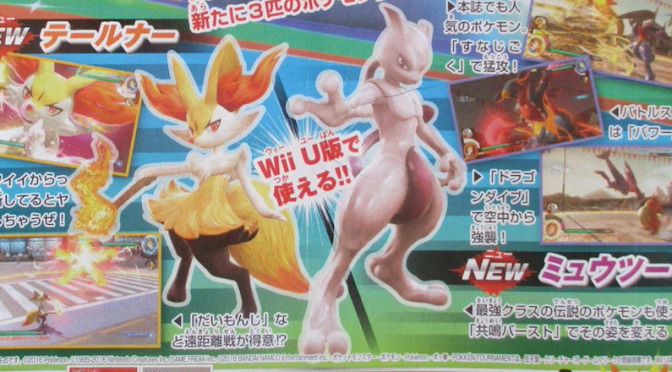 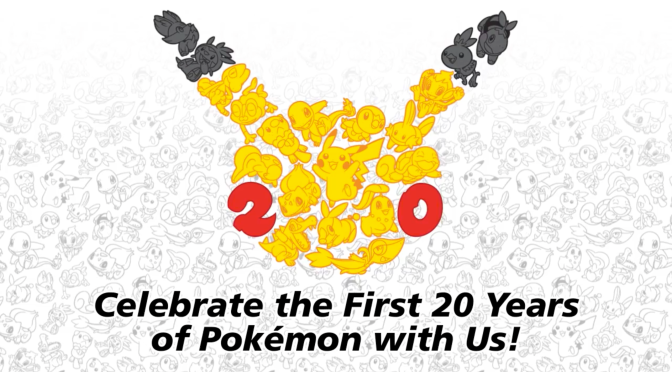 With a little over a month before the 20th anniversary of the original Japanese release, Pokémon is rolling out the red and blue carpet. END_OF_DOCUMENT_TOKEN_TO_BE_REPLACED

Upcoming fighting game Pokkén Tournament has been generating a lot of buzz among Pokémon fans worldwide. To build the hype, an hour-long livestream was broadcast in Japan showing some never-before-seen footage of the game. Among all the gameplay was a surprise announcement: the ghostly Gengar will be joining as a playable character! END_OF_DOCUMENT_TOKEN_TO_BE_REPLACED 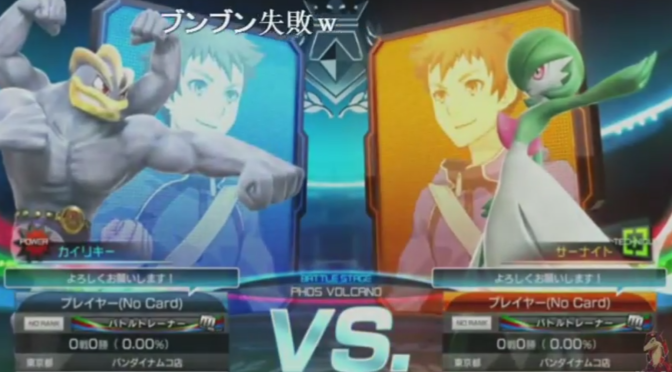 Most people likely haven’t thought about Pokkén Tournament since the most recent teaser trailer way back in the middle of 2014. That’s also assuming that you even heard that this Tekken–Pokémon love-child even existed, as the announcement was rather low-key. If you’ve been looking forward to this fighting title, no worries, the development appears to be going swimmingly. END_OF_DOCUMENT_TOKEN_TO_BE_REPLACED

On Tuesday, the Pokémon Company officially revealed Pokken Tournament, a new fighting game combining the characters of the Pokémon universe with the development and mechanics of Bandai Namco’s Tekken franchise. The preview clip showcased Lucario and Machamp fighting each other with unique and character-type driven attacks. However, when I first saw this, I knew I saw this battle already, and in fact I did.

END_OF_DOCUMENT_TOKEN_TO_BE_REPLACED

Everyone’s always chomping at the bit to hear about the next title to expand the Pokémon franchise, however Pokken Tournament might not be what people had in mind. Pokken Tournament was announced today and is going to be a fighting game brought to us by the folks that made Tekken (Bandai Namco Games). END_OF_DOCUMENT_TOKEN_TO_BE_REPLACED