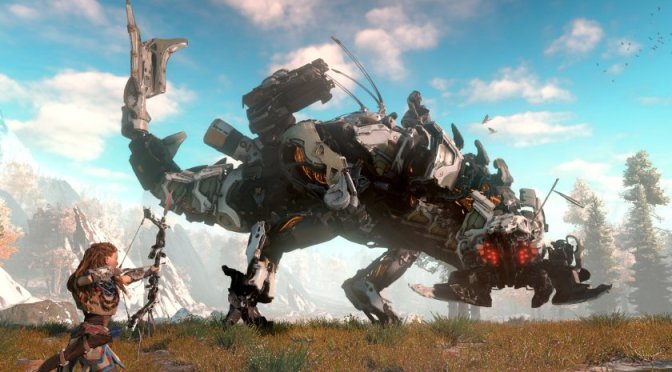 The fall has always been the busiest part of the gaming year. The end of September sees the beginning of a yearly onslaught of games that puts constraints on every wallet and day planner in the industry. For the players, the fall was the beginning of the arduous wait until our Holiday wishes were made reality. Black Friday was the date that put a hard cap on the season and virtually guaranteed increased success for an individual game or publisher.

And it is in the process of losing its relevance.

For the past several years, fall lineups have gradually thinned. Since the launch of the PlayStation 4, Sony has never had a major fall exclusive hit the window. This year sees Nintendo join them in their absence, with the Wii U posting a goose egg in regards to new games. Traditional wisdom that says new or relatively unknown IP would benefit from the increased spending of the Holidays has seen these properties vacate to spring or summer. What remains is one of the most barren fall seasons in recent memory, and I’m sure many gamers would agree with my sentiment.

Sure, the usual suspects are present to take their place among NPD royalty. Call of Duty: Infinite Warfare, Battlefield 1 and Final Fantasy XV are all sure to put up large sales numbers. But when you look at the list of triple A (AAA) games slated for this fall and compare it to the spring slate, you might be surprised at what you see.

By my counting (which doesn’t include remasters, expansions and remakes) this fall will see the release of 14 AAA titles. This includes Xbox exclusives Forza Horizon 3 and Gears of War 4, anticipated sequels Watch Dogs 2, Titanfall 2, Dishonored 2 and Mafia 3, yearly stalwarts Call of Duty: Infinite Warfare, Battlefield 1 and Fifa 17,  and gaming ghosts The Last Guardian and Final Fantasy XV. Nintendo’s obligatory Paper Mario: Color Splash and Pokémon: Sun and Moon put a bow on the season. I threw Rise of the Tomb Raider in for good measure. A high quality list of games that are sure to delight millions in the coming months and years, but how does it compare to spring’s schedule?

The combination of fall delays and savvy release dates has elevated Spring 2017 to a monumental season featuring some of gaming’s most powerful franchises. Sony’s combination of Gravity Rush 2 and juggernaut-in-the-making Horizon: Zero Dawn is a better 1-2 punch than it has had this entire generation. Ubisoft’s For Honor, Tom Clancy’s Ghost Recon: Wildlands and South Park: The Fractured But Whole form a similar triple threat that provides something enticing for any player. Japanese powerhouse Persona 5 looks to take the West by storm. Intriguing Xbox title Sea of Thieves reveals Rare’s future while Yooka-Laylee reminds us of its past. And headlining the slate is the overwhelming promise of Mass Effect: Andromeda, Resident Evil 7 and The Legend of Zelda: Breath of the Wild. This isn’t even taking potential NX launch software into consideration. 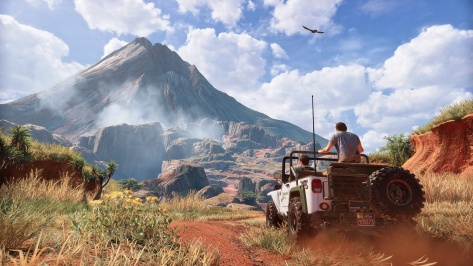 This breadth of quality releasing outside of the fall window is unprecedented, but has been slowly shifting since the current generation began. Sony has never had a AAA fall tentpole, instead relying on partnerships with annual bestsellers to buoy their Holiday. The Order 1886 and Uncharted 4, both originally slated for fall, were released in February and May, respectively. Nintendo usually makes a point to release a big title in the Fall and in the Spring for both 3DS and Wii U, but as the latter winds down it finds itself without a major release this year. On the third party side, games like Far Cry Primal, Street Fighter 5, Dying Light and The Division all found major success in the year’s beginning months. This year’s spring statement seems like the final nudge to push the early months into annual relevancy.

While AAA games have slowly begun migrating to the spring, the one thing that has never been attempted is a major console release outside of the Black Friday safety net. Handhelds aside, home consoles have been cemented into their release frames for years. Until, if rumors are to be believed, next year. Nintendo’s decreasingly mysterious NX is currently slated for a March release alongside The Legend of Zelda: Breath of the Wild. This move is significant as not only is it a reboot for Nintendo’s console brand, but they are forgoing the Holiday spending spree and releasing in March. While, for all I know, the console just wasn’t ready in time for this fall and couldn’t be ready, but a company as large as Nintendo would have been able to, in theory, arrange development to release in a historically favorable timeframe. That Nintendo is willing to risk releasing their anticipated machine in the spring cements the trend in my mind that the fall simply is irrelevant for sales success.

But why is this? What has changed that makes releasing games in the spring a much more promising proposition than in years past?

The first shift, and one that has been occurring since last generation, is the annualization of games. The yearly release schedule for massive franchises like Fifa, Madden, Call of Duty, Battlefield and Assassin’s Creed has caused the fall to be bursting with proven industry titans. With the unrelenting success of these titles, publishers have finally begun to wise up and move their riskier products out of this window, to great success. Would Witcher 3 have sold as well as it did stacked alongside Fallout 4? Not likely. While occasionally a long-awaited sequel can pop up and wrestle the spotlight away from the heavy hitters, think Grand Theft Auto 5 or Star Wars Battlefront, we now see more titles move out of their way rather than going toe to toe with them.

This muted desire to escape the fall has led to an alarming number of game delays that push anticipated titles into the next year. While it is easy to get upset about delays and the forced patience we must practice, there really is no downside for the developers and publishers. The game has a chance to improve in the added time while simultaneously moving to a more favorable release window. That is why we rarely see games be delayed into the fall or later into the season. While The Last Guardian and Final Fantasy 15 are outliers that have been in development so long further delay would incite fan outrage, other big 2016 delays like Horizon, South Park and Zelda all went into the ambiguous Q1 window. Publishers are more willing than ever to give a promising game the extra time it needs to really shine and succeed on its own in the spring rather than forcing a sub-par product out in the fall.

While the fall bloodbath is a large contributor,  I believe to be the biggest cause of the decreasing reliance of the fall season is the gaming community as a whole. Through a combination of spending power and access to, and engagement with, information, publishers have found that successcan be had any time of the year. Gamers who cut their teeth on the NES and Super Nintendo are mid-30’s adults with paying jobs. N64 and PlayStation 1 gamers are in their late 20’s and early 30’s. PlayStation 2 and Gamecube era beginners are either in or graduating from college. That is a large influx of people who grew up with games as an integral part of their childhoods who now have money to spend on their hobbies in ways that they simply couldn’t before.

Alongside this influx of cash is an increased awareness of games and the industry as a whole. Websites like IGN, Gamespot and Kotaku provide a constant stream of gaming related content and news for rabid fanbases. Youtube and twitch personalities are major influencers on what games people have on their personal radars. Forums like Reddit and Neogaf provide outlets for like-minded individuals to talk about all things gaming. In addition, publishers have created their own blogs and channels to help promote their games themselves. In an internet age where those who are interested are most definitely tuned in, it is rare for a game to go under the radar.

Publishers are doing their research and finding that it doesn’t matter when a game releases; if it’s good it can have success. If you can guarantee that people are talking about your game online and it is receiving website and youtube coverage, why release it when these people have limited capital to spend on games. A Call of Duty fan will buy it every November, but by March they might be ready for a different shooter experience. Publishers have finally realized the opportunity that exists outside of the fall, as gamers are no longer reliant on their parents walking into a store during their Christmas shopping to discover and purchase games.

This approach is showing success with Sony with its big exclusives this generation, as it has yet to have a sales flop despite not having a AAA fall release. Nintendo is also betting on this idea as well. With NX hype at an all time high, why wouldn’t the same early adopters pick it up in the spring rather than the fall. While Nintendo definitely is missing the Black Friday boom, the company could get momentum with quality throughout the year that would serve well for the system’s first Holiday. It is definitely possible with the attention focused on Nintendo and fans able and eager to spend money.

So is the fall irrelevant? No, and it never will be. But I don’t believe that it will be the hulking, AAA monstrosity that it has always been ever again. With gamers more in the know with each passing second and having more money to spend, publishers have finally seized the opportunity for games outside of this window. Fall will always see the release of large amounts of big titles because of the Holiday season, but if this year is any indication, we will be able to get our gaming fix any time of the year. That would be a great development for both the industry and the players.

Brett Williams is an Associate Editor for MONG who doesn’t know how he’ll find time to play all of the incredible games coming out this spring. If the risk of winding up in a future where otters and atheists are at total war wasn’t so high, he’d probably freeze himself to make the wait go faster. If you got that reference, follow him on twitter.

One thought on “Fall’s gaming dominance is over”